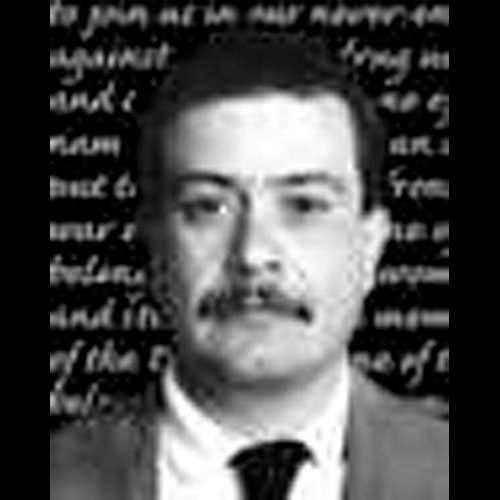 Drug Enforcement Administration Special Agent Richard E. Fass was fatally shot on June 30, 1994, during an undercover methamphetamine investigation in Glendale, Arizona. He was 37 years of age at the time of his death. Prior to joining DEA in May 1987, Special Agent Fass, a native of Tucson, earned a bachelor’s degree in Public Administration with a major in Criminal Justice Administration from the University of Arizona. He was a probation officer with the Pima County Juvenile Court and then served as a Revenue Officer with the Internal Revenue Service for two years. At the time of his death, Special Agent Fass was assigned to the Phoenix Field Division and also served on temporary assignments in South America and the Caribbean. Earlier, on the day Special Agent Fass was killed, colleagues in the Phoenix Field Division honored him with a farewell luncheon, to say good-bye and wish him well on his next assignment, at the Monterrey, Mexico Resident Office. At the luncheon, Special Agent Fass was presented with a plaque inscribed with the words of Theodore Roosevelt, words that described the hero Fass would become: “…The credit belongs to the man who is actually in the arena, whose face is marred by dust and sweat and blood; who spends himself in a worthy cause; who, at the best, knows in the end the triumph of high achievement, and who at the worst, if he fails, at least fails while daring greatly…” Special Agent Fass was eulogized as a “brave, caring man…willing to give his life for the peace of others… He wanted to do his best for his church, his family and his community.” Special Agent Fass was survived by his wife, Theresa, and four children, Raymond, Melissa, Lilia, and Angela; his parents, George and Rose Fass; and two brothers, George and William Fass.